Break the Lifecycle of Pain

Telapprise starts by providing unparalleled network visibility. With that visibility and the insights our experts discover, we drive cost savings at every level of your network while helping you sidestep common pitfalls at every stage of the Lifecycle of Pain. We help you understand what you have, what options you have for network optimization, and how to best spend your money. From there, we keep your network unified under an overarching strategic blueprint that scales with your organization’s growth.

We Start With Telecom to Transform Your Technology

Telapprise started in telecom, and many businesses turn to us wanting to identify telecom cost-saving opportunities only to discover that we can optimize much more than business communication expenses. Our experts also have the proficiency to achieve your broader technology goals and simplify lifecycle management for a comprehensive network strategy that grows alongside your business. We start by conducting a detailed discovery process that identifies where you need guidance and how we can help. Following the preliminary discovery phase, network transformation, transparency, and cost savings become attainable on any network.

A Case Study on the Road to Technology Transformation

Wondering what our approach looks like in practice? Let’s run through a real-world case study. A large public company initially enlisted us to streamline their approach to telecom expense management (TEM). At the time, they relied on a third party to manage a software solution, but they quickly discovered that software alone wasn’t enough to achieve their business goals. They vetted and selected Telapprise out of dozens of prospective partners to tackle their TEM problems, but even before that, we’d already discovered underlying technology problems that were slowing down their business and cutting into their bottom line.

If we’d started with TEM, we would have essentially been trying to change a car tire while traveling down the highway at 60 miles per hour. That’s why we first executed a Baseline Assessment that analyzed what they already had before we overhauled anything. From there, we built out a full inventory of services and initially identified $1.4 million in annual savings potential. Those savings included not only their telecom services, but also their broader network strategies.

One of the most significant inefficiencies was that they relied on multiple outsourced network managers to all do the same thing. Due to mismanagement and miscommunication, they essentially had multiple networks around the globe, all doing the same thing, but managed by multiple vendors and used at different locations, which significantly increased operating expenses. To fix this, we integrated each disparate network under one unified network platform, ultimately reducing their monthly technology spend from half a million dollars to $280,000.

Now, Telapprise has become their trusted technology partner at every level. Any time they’re considering a technology initiative, they won’t greenlight the project until our experts do. That way, we’re not only keeping their network unified across the globe—we’ve also become a rare source of consistency, reliability, and trust in a technology landscape that’s always in flux.

The Lasting Value We Add to Your Organization

If you’ve struggled through the Technology Lifecycle of Pain up until now, you already know that technology and personnel are continually in flux. That makes it difficult to not only keep your internal team up to date, but you also end up having the same conversations over and over with prospective partners. Even worse, when you don’t know what you have today, how can you plan for tomorrow?

Telapprise provides your business with a sense of technological stability and vision for the future. To achieve that, the value we add to your organization is threefold:

With technology always evolving, we have the expertise to continually educate and reeducate when things change. As your dedicated technology partner, our team often comes to know your technology architecture as well as, if not better, than yours, and we absorb the burden of having the same technology conversations over and over. That means you never have to try and figure out what you have or where breakdowns are occurring.

Telapprise works with you to save money today while unifying your network with a scalable blueprint for tomorrow.

Our experts specialize in developing a technology roadmap that starts with what you already have. On top of identifying cost-saving opportunities from day one, we simultaneously work with you to align and optimize technology around your broader business goals. While you know your business better than we ever will, our position within the industry allows us to deliver the macro-level insights your team may be missing. At the same time, our experts empower your team to focus on core responsibilities while we streamline and unify your technology operations.

Your internal teams already have enough to oversee. That’s why so many ambitious technology initiatives fall apart. When your organization doesn’t have the time, resources, or knowledge to launch a technology project from planning to deployment, you’re going to run into:

The experts at Telapprise already bring all the time, resources, and knowledge you need for successful technology implementation from day one, so you don’t waste time pursuing project possibilities that were never the right fit from the beginning.

At Telapprise, we aren’t the kind of people who sell you a preset selection of services and leave you to figure out the rest. We’re here for you every step of the way when nobody else in the industry is. If that sounds like something your business has been missing up until now, contact our team today. We’re here to stand as a source of reliability and certainty in an uncertain technology world, but don’t just take our word for it. Here’s what our clients have discovered in light of challenges brought on by the COVID-19 pandemic. 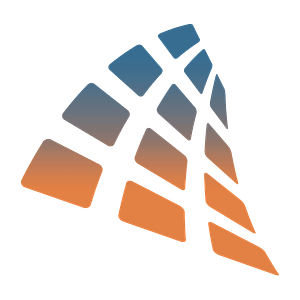 If you never want to experience the ongoing frustrations of managing technology vendors again, schedule a Baseline Assessment today to take the first step.